Anvil Mews launch makes a strong mark in the media.

The successful launch at King West offices in Stamford has been covered by the local press, which reported that the Larkfleet Group has set up a new housing company Allison Homes and launched it’s first housing development of three and four bedroom town houses in Stamford. 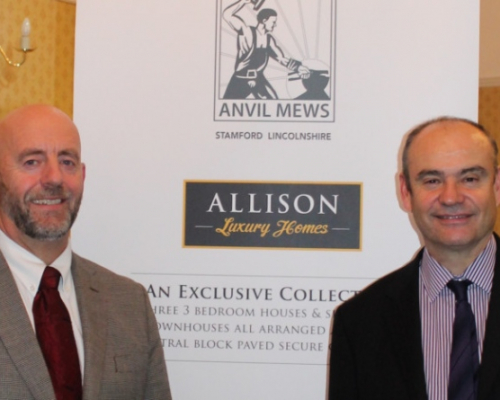