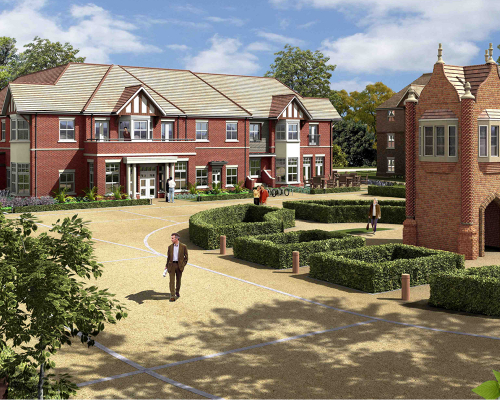 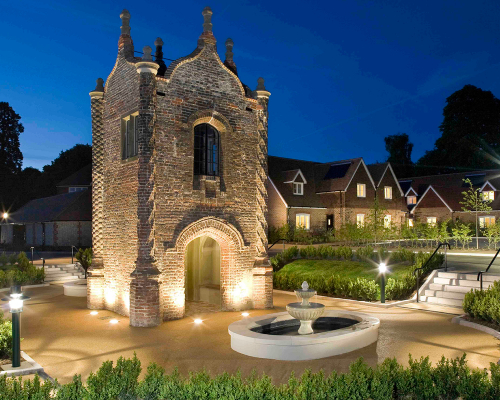 Bramshott Gatehouse Commission Photography
Show homes Special Preview
Urban Renaissance Villages have developed a new retirement scheme of 147 homes designed for the over 55’s, centred around an exclusive country club which was originally an Elizabethan mansion built in the 1580s.The only part of the historic building remaining was a grade II listed gatehouse.

The challenge of the design brief set by the client was to create a design style which could easily identify with the past heritage, whilst creating an image that reflected the new approach to retirement living. GDA decided that the gatehouse would feature as the identifying image of the development and this would be used throughout the sales and marketing elements.

A Sales and Marketing suite, was then designed as a information centre which was project managed through to completion by GDA. This included a central feature of a scaled model of the development, combined with the use of computer generated images showing the architectural mix of cottages, bungalows and a central club house. The logo was also formatted into the sales literature and display panels, which clearly explained in graphic terms how the architectural environment worked.

After 16 months of hard work it has been exciting and rewarding to see the buildings rise out of the ground and the way in which the gatehouse has become the central landmark of the development. In late October this year three show homes will be open to a special preview for customers, who have seemed to be extremely keen to move in ever since the marketing suite started to sell this exclusive lifestyle product.